Garrykennedy with its sheltered harbour has, for centuries been an important port on the River Shannon.

The old Irish clans of O Kennedy and O Brien of Arra were kinsmen and with the building of the castle towards the end of the 15th Century they were able to control the harbour together with the surrounding country side.

With the passing of time their fortunes waned and the advent of Cromwell saw an end to their power and influence. Post Cromwellian Garrykennedy and its castle being starkly described in the civil survey of 1654 as the demolished castle of Castle Gael and six thatch tenements. Presumably the Cromwellian grantee of Garrykennedy, Henry Feltham and his successors the Watson’s kept the harbour in working order as it was avaluable asset as a port on the Shannon, at that time the most important means of transport in the country. 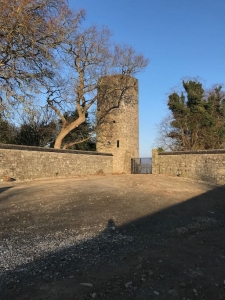 By 1850 the harbour had again fallen into dis-repair as a report of the Royal Irish Mining Company (who was quarrying slates in the area) illustrates. The loading of slates was very hazardous as they had to be carried along a plank to a boat anchored out from the rocky shore.

The road from the slate quarry at Corbally to Garrykennedy via Portroe Cross was finally built in 1834, but the building of the new harbour was delayed due to the interference of parties aggrieved by the Presentments, presumably landowners who were being discommoded. Agreement was eventually reached, the new harbour was built and in 1857 it is described in the brochure issued with the sale of Garrykennedy Estate commodious harbour on the lake for boats of large size. The brochure also highlighted the existence of lead and silver mines and the fact that two roads from the village intersect the property, the Old road and the New. Also mentioned is the proposed railway from Nenagh to Killaloe which envisaged a station at Portroe.

Excellent fishing on the lake for salmon and the Gillaroe trout and a regatta for yachts held each year. For many years after its rebuilding Garrykennedy Harbour was a very busy place with slate from the quarries going down river to Limerick and for export in very large quantities. Also farm product especially oats was loaded here for Limerick.

A wide variety of goods including flour, porter, coal and boat loads of turf came through making Garrykennedy a hive of activity and laying the foundations for the Garrykennedy we know today. 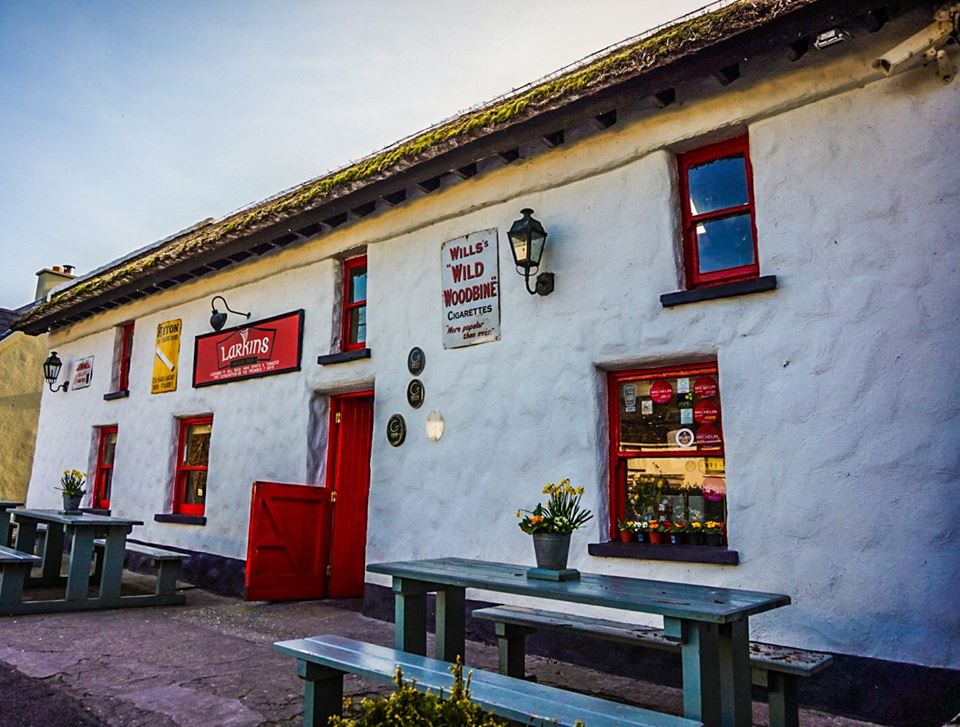 We use cookies to ensure that we give you the best experience on our website. If you continue to use this site we will assume that you are happy with it.
By clicking “Accept”, you consent to the use of ALL the cookies.

But opting out of some of these cookies may have an effect on your browsing experience.
Necessary Always Enabled

Any cookies that may not be particularly necessary for the website to function and is used specifically to collect user personal data via analytics, ads, other embedded contents are termed as non-necessary cookies. It is mandatory to procure user consent prior to running these cookies on your website.

Other uncategorized cookies are those that are being analyzed and have not been classified into a category as yet.

Analytical cookies are used to understand how visitors interact with the website. These cookies help provide information on metrics the number of visitors, bounce rate, traffic source, etc.

Performance cookies are used to understand and analyze the key performance indexes of the website which helps in delivering a better user experience for the visitors.

Advertisement cookies are used to provide visitors with relevant ads and marketing campaigns. These cookies track visitors across websites and collect information to provide customized ads.